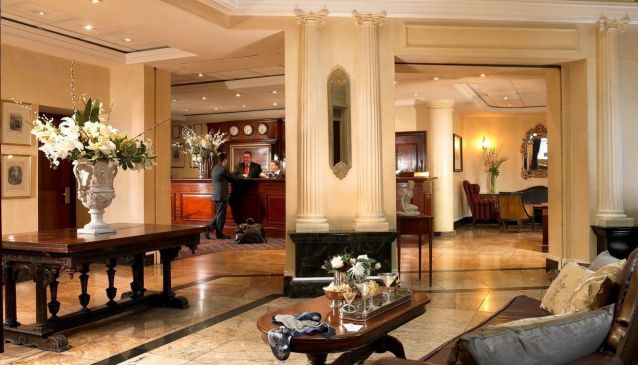 Part of the O'Callaghan Hotel Group, the O'Callaghan Davenport Hotel opened as a 4-star Dublin hotel in 1993. Here you'll experience a blend of the traditional and the modern in a superb city centre location.

The Hotel dates back to the early 17th century. Formerly known as Merrion Hall, the building was formerly a prayer hall. Unfortunately, a fire in 1990 destroyed the interior, but luckily the impressive and historically important entrance survives (you may recognise it from the film 'Hear My Song').

The Davenport Hotel is on Merrion Square, home to The National Museum, The Natural History Museum, The National Library of Ireland, Leinster House and Dáil Éireann (the seat of Irish government), plus a lot more of cultural and historical interest. When you've had enough of galleries and exhibits for a while, the shops, restaurants and bars of nearby streets beckon.