Filter Things To Do by Type

Find the Best Deals in Dublin 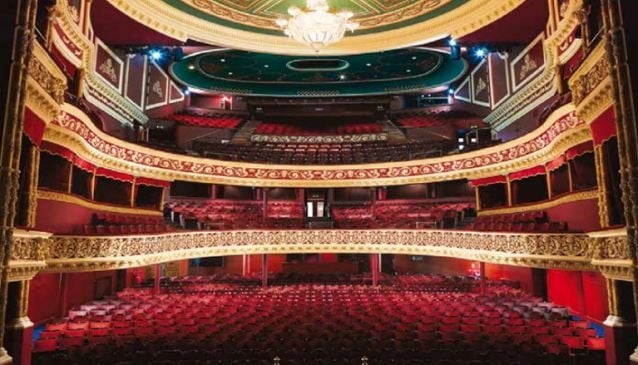 Are you a business owner in Dublin?

Promote your business 365 days a year with the #1 Guide to Dublin.

The Grand Old Lady of South King Street has been strutting her stuff for 138 years. Having gone through her latest round of refurbishments in 2007, she's looking better than ever - and the old girl is even more accommodating, as the improvements have greatly enhanced the Gaiety's production capacity.

For nearly a century and a half, The Gaiety Theatre has remained a vital and ever-changing part of Irish culture and society. Since the red carpet was rolled out on that first opening night (27th November, 1871), The Gaiety has been true to the vision of its founders in presenting the highest quality musical and dramatic entertainment.

The theatre has also made its reputation by bringing international stars to Dublin while continuing to champion the talents of Irish icons.

Whether it's light musical entertainment or serious drama, the Gaiety tackles a varied schedule from opera to pantomime - and delivers shows with panache and world-class production values.

'A landmark cultural facility with a rich and varied history...of bringing world-class entertainment to the people of Ireland.' John O'Donoghue TD, former Minister for Arts, Sports and Tourism.

Part of the My Guide Network