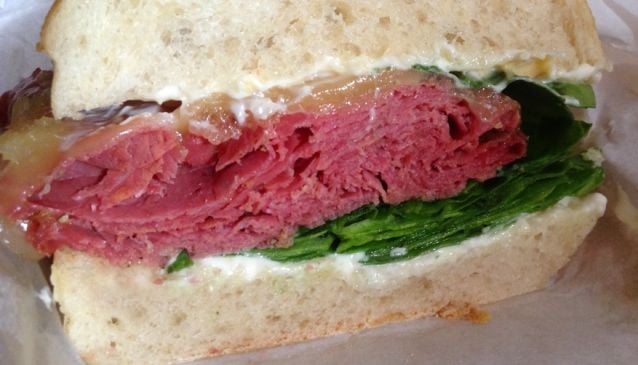 When you're longing for a taste of NYC in DUB, head for The Pig & Heifer - they've been bringing genuine New York delicatessen to Dublin since 1996.

Equipped with an original Big Apple recipe, The Pig & Heifer were the first in Ireland to serve 'real' pastrami on rye. And they still make a mean sandwich.

The Pig & Heifer insist on using the best, freshest breads and meats delivered by butchers rather than processors. Vegetables come straight from Smithfield market and are prepared freshly every day. Cheeses are sourced from artisan producers in Ireland, Italy, France and Spain, and most of their sauces and soups are made from scratch.

Today in four city centre outlets (also in Pearse Street, Amiens Street and City Quay) The Pig & Heifer use a selection of the finest ingredients in their delicious sandwiches, made with care and bursting with unique flavours and textures.