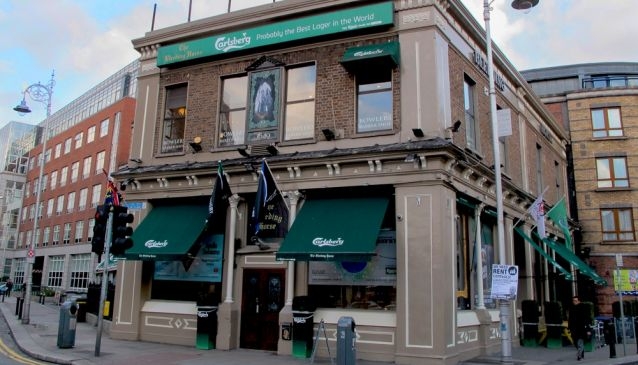 The Bleeding Horse dates back to the 17th century, if not even earlier - located on what was formerly known as St. Kevin's Port (now Camden Street), it sits at the junction where two important highways led out of the city.

There are (at least) two explanations for the name. According to one theory, when a horse got the 'staggers' it was bled by a farrier at the inn which historically stood on this spot. Another tale claims that the name of the pub comes from an incident during the Battle of Rathmines in 1649, when a wounded horse fled from the battlefield and arrived on the doorstep.

These days, rather than exsanguinating equines you'll find a regular schedule of big-screen sport, open mic/songwriter nights, DJs and drink specials. You can also keep yourself fed and watered with a variety of nosebag choices for lunch and dinner.