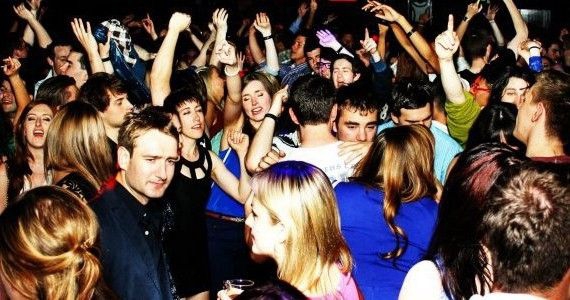 One of Dublin's best known night spots, Copper Face Jacks is located at the Jackson Court Hotel on the Harcourt Street main drag. Big, busy and boisterous, this ain't for those who enjoy hearing themselves think. But even if it's not for sensitive romantics, you're nearly guaranteed a snog or two by night's end...

As it's known locally, 'Coppers' is made up of no less than six bars, each with a different style. There are also two heated and covered beer gardens with a balcony area and large LCD TV screens.

And if your night's not complete until you've thrown some shapes, head onto the main dance floor. Covering the entire basement area, this is a huge space equipped with an award-winning sound system, state-of-the-art LED lighting rig and an expanse of LED video wall.

So though it may not be the place to go if you're looking for a sober discussion on world peace or on a first date...outside of that, it'll likely be a night to not-really-remember.