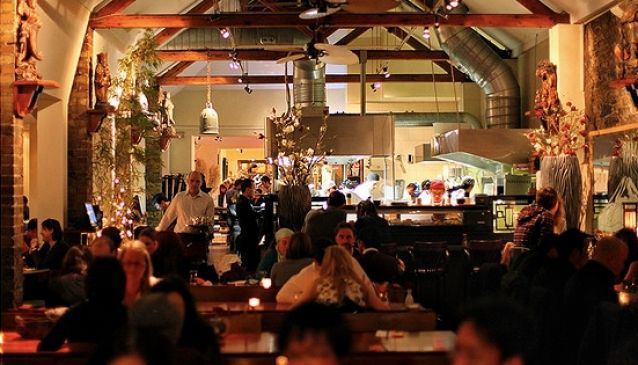 A sibling in the growing Yamamori restaurant clan, Yamamori Sushi opened in April 2007. Other members of the family are Yamamori Noodles, Yamamori Izakaya and Tengu Izakaya (the Tengu Bar), which shares space at this address alongside Yamamori Sushi.

There are four different dining areas, including the fully covered and heated Bamboo Garden. There is also some beautiful 19th century Japanese artwork on display, along with original Samurai artefacts.

Adding to the drama of the surroundings, Yamamori Sushi has a large open-plan kitchen which can host up to ten chefs cooking away furiously at the same time.