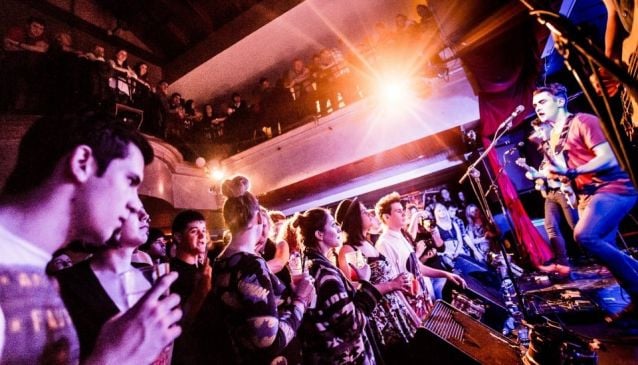 Favoured for its warm, convivial atmosphere, Whelan's live venue and bar is located on the bustling Wexford Street strip in Dublin's city centre (in an area alternatively referred to as Dublin's Village Quarter).

The site has a long history, with the earliest record of a public house on this spot dating from 1772. After many years of changing hands, in 1989 Gary Whelan and Ian Keith made inroads into making Whelan's the music venue it is today. The cost of renovation (and the bank loans it required) became too much and the pair eventually had to pack it in and sell up.

Frank Gleeson bought the venue in 1999. Rather than follow the trend at that time in Dublin to develop the site into a tacky 'superpub', Gleeson furthered the venue's traditional values - he wanted to create a platform that would nurture both local Irish talent and, at the same time, cater for international stars.

There are three venues within Whelan's. There's The Parlour (its newest addition), a laid-back, comfortable room which plays on nostalgia with unique retro chic style. Next, the Main Venue, the original live music venue which has been hosting the best Irish and international acts for over 20 years (which also boasts Dublin's best indie night club). Finally, there's Upstairs@Whelan's, a haven for many of Ireland's breaking acts since 2008.

In the latest Whelan's news, they're celebrating their 25th Anniversary in 2014 by hosting some very special gigs - some of the biggest and best bands to play Whelan's over the years will return to play special intimate one off shows. Find more details on the Whelan's 25 site here.

There's truly something going on here every single night, plus a late bar (until 3am) and a very popular covered smoking area. All the ingredients are provided for a good time, so all you have to do is show up and enjoy yourself...