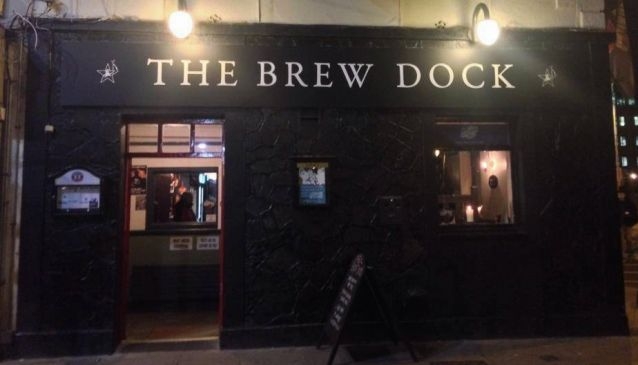 A craft beer stronghold, The Brew Dock is a member of the growing Galway Bay Brewery family (with four locations in Galway and five in Dublin - so far).

There's a wide selection of imported and local bottled beers, and there's plenty of beers on tap too. Of course Galway Bay's own are available: Full Sail, Bay Ale, Stormy Port and Buried at Sea. Keep an eye on The Brew Dock's rotational tap for limited edition brews too.

The food is as important as the drink here - they serve delicious uncomplicated grub for lunch and dinner including soup, sandwiches, burgers and other substantial pubby delights.

Whether you want to read your paper and gaze out on the city, catch up with friends, or play a few games of Jenga - The Brew Dock is the place to drop anchor for a while.