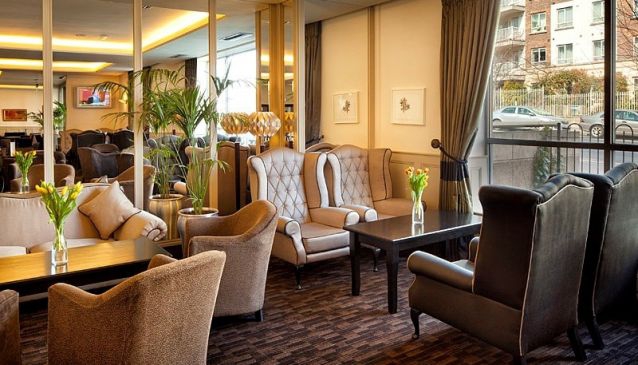 Located on the border of Ballsbridge in picturesque Dublin 4, the Grand Canal Hotel is somewhat set apart from the city centre madness. There are many lovely walks nearby, including the banks of the Grand Canal and Herbert Park.

If you're planning on attending an event or show in the area, the hotel is also within easy strolling distance of the Aviva Stadium, the Bord Gáis Energy Theatre, the Shelbourne Park Greyhound Race Track, the RDS, the O2 and the Convention Centre Dublin. Another plus: even though you're in a quieter part of town, it's still easy to reach Trinity College and the Grafton Street shops.

All of the 142 beautifully appointed guest rooms and suites come with state-of-the-art smart televisions and complimentary high speed WiFi. All guests also have access to the Grand Canal Hotel's fully-equipped gymnasium and a two-storey complimentary car park (invaluable if you arrive by car!).